The First World War was a strenuous time on the people of Great Britain and its Government. With pressure rising from Europe and too little volunteers enlisting – the government was called to pass the ‘Military Service Act’. This act of conscription, where men between the ages of 18-41 were legally summoned to be enlisted in the army, affected a humongous amount of citizens. This included Clifton Suspension Bridge Company employee Edward Henry Wood.

Wood was one of nine employees who worked for the Clifton Suspension Bridge Company and as of the time the ‘Military Service Act’ passed he was the only person left able to do the important jobs maintaining the bridge. For these reasons, and reasons of his own, letters of exemption were sent to try and keep Wood stationed at the Bridge. The initial letters came with no such luck and asked the company to direct their claims with the local tribunal. Tribunal systems were set up all across the country for cases like Wood’s where men felt they had appropriate reasons for not being enlisted with the Army.

In the letters for the tribunal, Wood offered reasons of needing to look after his Mother. He believed his Mother’s circumstance warranted his need of not being enlisted as she was a widowed woman with three of her children already fighting overseas. One son was even being held prisoner in Germany! The Clifton Suspension Bridge Company also documented reasons for Woods necessity to continue his employment with the Bridge. They wrote that “it is in the national interest that the Bridge and its safety for traffic should be maintained because it largely ministers to war requirements providing free passage for soldiers”. At the time of the letters, they had estimated 100,000 soldiers had crossed the bridge since the start of the war and this was only halfway through! Furthermore, vehicles used by the military were constantly using the bridge and the general public were continuing to do so as normal. Having someone with Wood’s skills would have been ideal in managing and maintaining the bridge appropriately throughout the duration of the war.

Sadly, the reasons given were not seen as sufficient as Edward Wood would be eventually drafted for the war. Along with his siblings, we unfortunately do not know their fate. 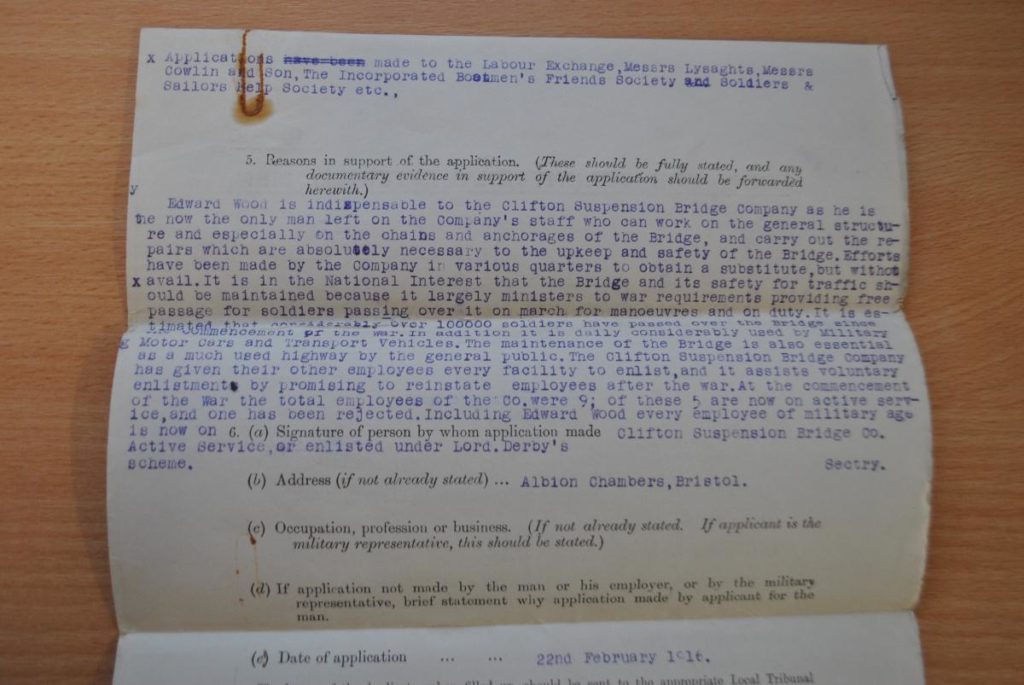 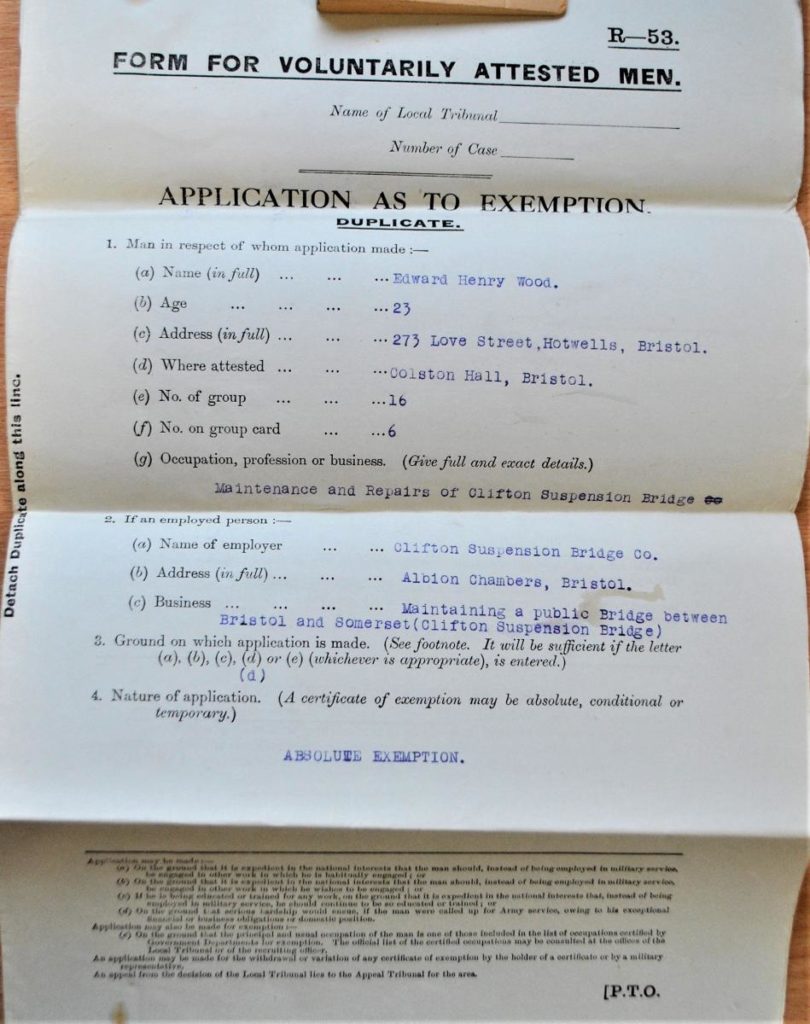