On 19th February 1896 the Japanese Juggler*, George Zanetto, performed a novel feat and caught, on a fork held in his mouth, a turnip dropped from the Clifton Suspension Bridge. These contemporary accounts give two versions of the story.

Last Wednesday afternoon quite a sensation was caused under the Suspension Bridge, when it became known that Zanetto would catch on a small fork placed in his mouth, a turnip thrown from the bridge. Some 5,000 persons assembled to see the wonderful feat, and after two or three failures on account of the wind and the great height, the trick was successfully accomplished, amidst the enthusiastic applause of the assembled multitude.

It is well known that the Suspension Bridge is 290 feet above the low water, and allowing 20 feet for the height of the embankment, the turnip which weighed half a pound fell a distance of 270 feet, which according to scientists would develop a weight of half a hundred-weight on reaching terra firma. This enormous weight Zanetto caught on the fork between his teeth. It was a very risky performance as he was slightly stunned for the moment but quickly recovered himself, and never lost a tooth. Having done this trick, he is quite satisfied, but declares he will never do the like again. He was disappointed at the small sum collected. Below we give a sketch of the turnip on the fork as caught. The turnip was bound in cloth to prevent slipping, and the handle of the fork bound with a thin layer of India-rubber. 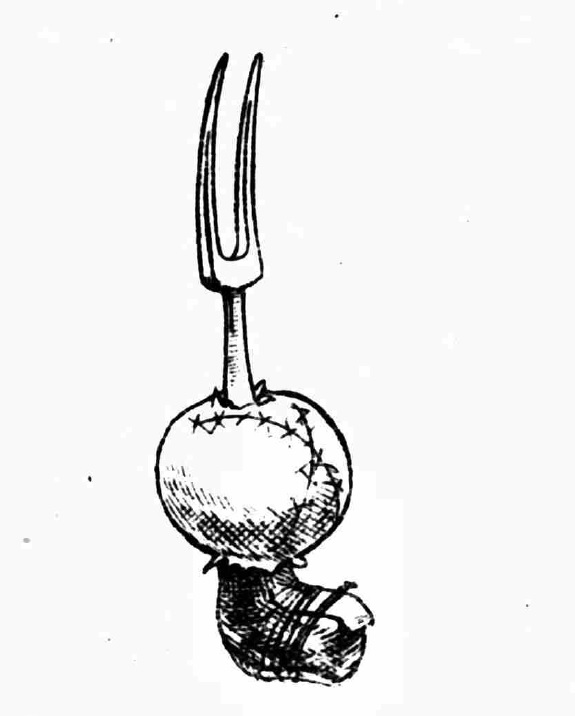 Amongst the many clever artists appearing at the People’s Palace, Bristol, last week was Zanetto, a Japanese Juggler of conspicuous ability. He undertook a feat the like of which few men would care to face, simple as it first sight it might appear. The conditions to which he voluntarily subscribed were that a colleague should drop a turnip from the Suspension Bridge, which he on the road below would catch on a two-pronged fork he held in his mouth.

The event was duly brought off in the presence of nearly five thousand onlookers. They thronged to the throughfare, while many others perched on the rocks, others lined the Zigzag, and a large contingent watched the proceedings from the Downs. It would have been better for Zanetto if a large number of people had selected the higher ground, as that would have given him a fairer chance of showing his skill. As it was, five turnips were dropped before he succeeded in impaling one on the fork. It was, however, not his fault that he had any failures, because at least two of the turnips were carried out of his reach by the wind, and the others he was prevented from getting under by the crowd.

He was rewarded with hearty applause when he accomplished the feat, and so enthusiastic were some of the spectators that he was glad to seek the shelter of his cab. The turnips used were sewn up in pieces of linen to prevent them from smashing to pieces, while the fork was a strong two-pronged one fixed in an L-shaped handle, the part going into the mouth being covered with a thin layer of cork, to reduce the jar as much as possible.

That the concussion must have been considerable goes without saying, and it was that which rendered the performance so dangerous. It is recorded that an ordinary marble thrown from the top of the Monument in London strikes the ground with the force of four pounds, so it may be imagined how great was the strain Zanetto had to sustain, for the turnip weighed a quarter of a pound and Clifton Bridge is much higher than the Monument. As it was the blow slightly stunned him, though he quickly recovered. What the effect would have been, however, if the turnip had stuck him on the head is better left unstated.

Realising the drawing together of so large a crowd might be made the means of benefitting some local charity, Zanetto, in co-operation with Mr. Gascoine of the People’s Palace, and other friends, arranged for the use of about a dozen collecting boxes. The contents of these have not been ascertained yet, but they will ultimately be handed over to the treasurer of the Children’s Hospital. 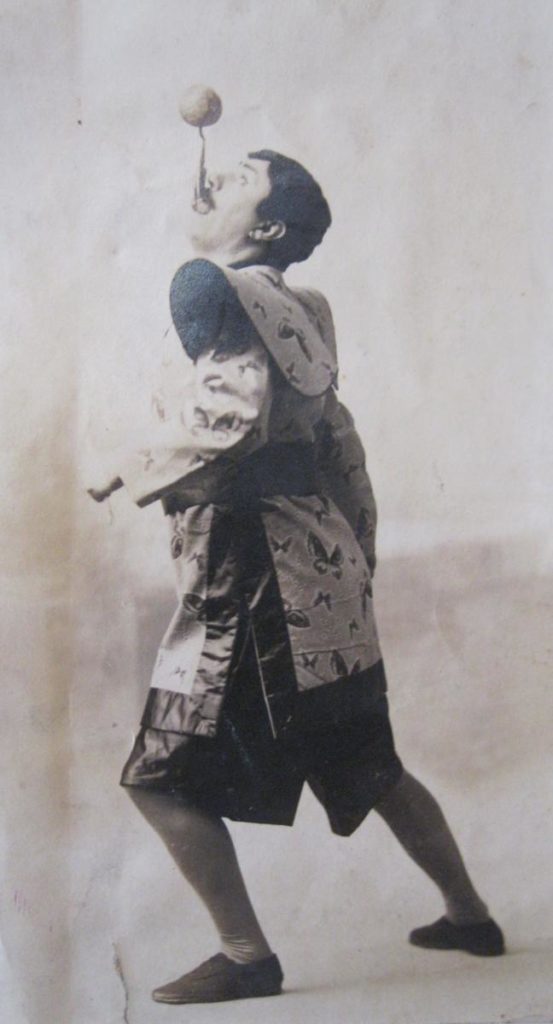 Thank you to Jane Koszuta for this wonderful information. Read more about her ancestors, the Royal Zanettos, here.

*George Zanetto (born George Bale) was from the London Borough of Lambeth, England. Traditional Japanese juggling (daikagura) is also known as ‘ball and stick’ and became extremely popular with Western performers in the early 20th Century.